Second Life at the Embassy 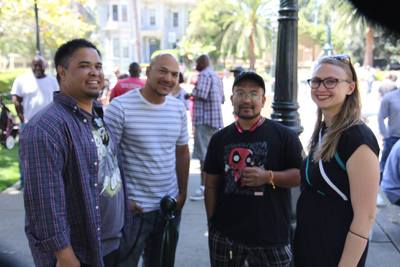 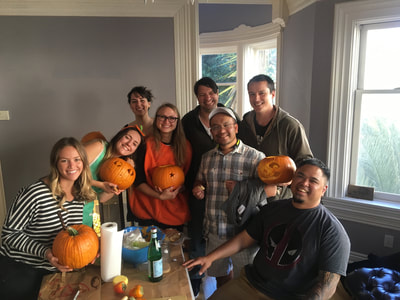 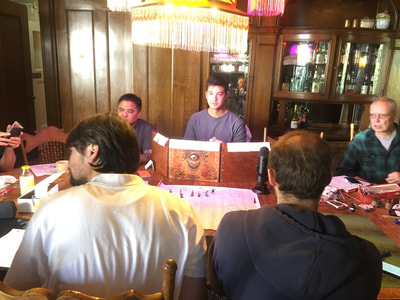 I became involved with Second Life when I began playing Dungeons and Dragons with the group biweekly. The picture above is of one our games. A collaboration between the Embassy Network and the Prisoner Reentry Network, a nonprofit based in Oakland that provides resources to those transitioning out of incarceration, it is a space for formerly imprisoned persons and those who support them to build community and establish networks of care.  Research has shown that Dungeons and Dragons can be a powerful therapeutic and rehabilitative tool by creating a safe environment for self-expression and collaboration. It's also really fun.

The United States leads the world in prison populations, and provides almost no resources to our citizens who have completed the terms of their judgement. They are often denied jobs, housing, and are rendered unable to support themselves or their families, leading to high rates of recidivism. They are essentially denied citizenship by the barriers to opportunities to reintegrate as productive, participating members of our society. We aim to support these persons, and our community is enriched in the process, because it brings in a greater diversity of backgrounds, experiences, and perspectives. Hearing the opinions of those who I'd normally be segregated from through socioeconomic realities is an incredible opportunity for me to consider my own beliefs and values.

The members of Second Life have supported each other to be released from parole, to find jobs, stay sober, and in creating space for radical self-expression. You can read more about the project and its goals in this Medium post by Second Life organizer Zarinah Agnew.

Most excitingly, Second Life is in the initial stages of a housing initiative that would create an intentional living community in San Francisco comprised primarily of formerly incarcerated persons. The house would be a member of the Haight St. Commons and allow opportunities for its members to be more participative and integrated with the larger community.

I'm also involved with another one of PRN's projects, Fair Chance Bay Area, a resource center dedicated to strengthening the network between consumers who shop fair chance, employers who give a fair chance, and individuals who deserve a fair chance at employment in the San Francisco Bay Area.

You can find out more about the connection between Dungeons and Dragons and prisoners in this short documentary by Second Life collaborator Elisabeth de Kleer: